Ministry to the Poor

CityServe Imperial Valley (CA)
Each week, in a region close to the Californian/ Mexican border, Lupita Bawarski helps lead a CityServe ministry in the Imperial Valley of California. When talking with her, she will humbly tell you stories of lives being transformed by the love and hope of Jesus through her work and others. She speaks of single mothers who need furniture and, in the process, get connected to the local church. She’s made friendships with those who live in the apartments for the disabled. In two cases, she noticed that her new friends had broken wheelchairs. Lupita gave her new friends new wheelchairs from the CityServe warehouse and prayed with them and introduced them to Jesus. More recently, while walking through a neighborhood, she noticed that many of the houses had Christmas lights, except for one. She knocked on the door, met the family who lived there and gifted them with solar-powered Christmas lights provided by the CityServe ministry. Along with lights came a powerful testimony, a new friendship, and an invitation to church.

My conversation with Lupita about lives being changed could go on for hours. I was compelled to ask, “Lupita, so many people get intimidated in sharing their faith. How do you do it?” Her answer. “Knock on the door and let the Holy Spirit do the work.” An amazing thing about these stories of the local church working together with CityServe resources is how it’s happening amid a pandemic that has caused severe economic effects.

Pastor Carlos Roacho, an associate pastor at Faith Assembly of God in Imperial, CA, who also helps lead the outreaches, says the collaboration of churches in partnership with the local government, police agencies, and other community leaders has made a big difference. His young adults’ group at Faith Assembly of God plays an active role in reaching the poor in their community. Imagine this, young adults and college students are serving people in need and leading them to Christ, instead of being cooped up indoors battling hopelessness and depression. It is extraordinary and I’m reminded “ministry to the poor” is at the heart of the Gospel.

The Imperial Valley is an area east of San Diego with a high poverty rate. One out of 5 households is well under the federal poverty level and the number is considered to be double because of undocumented workers. While the median income for California is $71,000 per year, in Imperial County it is a mere $17,000 per year.

The local church is proved essential when it’s meeting needs, and the way a church can partner with local government agencies to meet needs is a beautiful thing to behold.

Furthermore, ministering to the poor isn’t just a great idea, it takes priority in scripture. In Galatians, Paul says when he set out to plant churches, Peter, James, and John asked him to do one thing when he began ministering—remember the poor. Paul says in Galatians 2:10 that remembering the poor was the very thing he was eager to do.

When Lead Pastor Dan Bruce of Faith Assembly of God was introduced to CityServe a year ago, he admitted the idea sounded intimidating but now sees it was worth it. Bruce says, “The blessing is this: The Lord has put his Word in our hearts. The Holy Spirit has given us love for all people and inspiration to share our faith. But CityServe has put something in our hands to help people tangibly and personally experience the love of God.” As a result of their willingness to “knock on the door and let the Holy Spirit do the work, ‘ God is using them to impact hundreds of lives for eternity.It is that simple.

CityServe Arkansas
Right now, 183 churches in the Little Rock, Arkansas area are unifying to reach their city and state with the good news of Jesus. A majority of the churches are either African-American or Latino churches—the unity and diversity that represents the Kingdom of God is seen in this city of almost 200,000.

Jessica Mauthe, the communications director for CityServe Arkansas, is excited about ministry during this Christmas season. CityServe is working with the local churches to minister to the poor in their communities with an outreach called, “Christmas Mall.”

Each local church participating in Christmas Mall creates a “mall” of toys, shoes, and clothing provided by CityServe, and people in need are guided by a personal shopper. The families can pick out things that they want or need. Interestingly enough, if this sounds like an event only a decades-old ministry could pull off, amazingly, CityServe Arkansas just celebrated its first anniversary in October.

Mauthe says, “When all of the churches work together, there is a multiplier effect and it is because all of these churches have said yes .”

The issue of poverty is a complex one and heavily influenced by factors such as education, family background, and geographic context. CityServe is building partnerships to meet immediate needs while also implementing sustainable change for a better future.

The commonality between both CityServe Imperial Valley and CityServe Arkansas and the apostle Paul…is their willingness to say yes to the assignment to reach out to the poor…from the neighborhood to the nations.

If your church is willing to say yes to ministry to the poor, there is no better time than right now, the Christmas season. For more information about mobilizing your church to serve the poor in your community, visit cityserve.us. 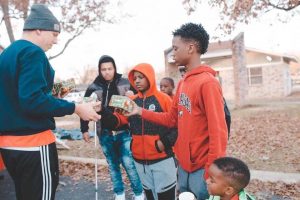 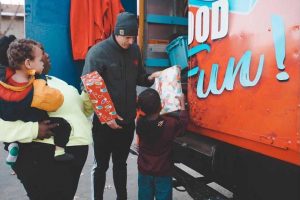 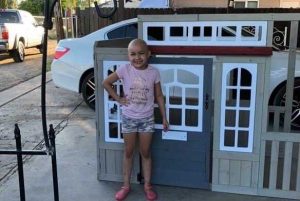